We’d like to give you an update on some of our past clients:

Stingray Robb going for another championship in 2021 with Juncos Racing

Ayrton Ori is all about Racing Emancipation

My Name is Austin McCusker and I am a 19-year-old from Glen Head, New York. I am a young aspiring racing car driving with the ultimate goal of becoming a full-time GT or Prototype driver.

Yes – Sting Ray is my real name – I believe I was born to drive! Since I was three, I have aspired to be a racecar driver. As soon as I was able to walk and talk, I asked for a racecar and so began my career in a little pedal car Corvette. Fast forward 13 years and I’m piloting the Pelfrey Power Pro Mazda! Blessed to have the opportunity to compete against the world’s best in the 2018 Road to Indy Pro Mazda Championship.

2010-2012: Factory Driver for SODIKART base in France at an International Level. Multiple wins achieved at Nationals level and podium finishes at International level.

2012: First year in open wheeler at the AUTOSPORT ACADEMY French championship, won the championship with 9 wins, 11 pole positions in 14 races

2014: Competed in Eight Indylights races with a victory at the Streets of Toronto.

2017: Returned to racing after 3 years, competed in USF2000 for three races with a fourth place finish at Iowa Speedway.

2018: Currently competing in USF2000, two wins at St-Petersburg and at Indianapolis Motor Speedway

Kyle has been racing since the age of 5. By the age of 13, Kyle became fully sponsored by Walldinger Racing/Shell Penzoil and began his car career with Skip Barber. Ocala Grand Prix picked up Kyle as a fully sponsored driver in 2013. With multiple National and International Championships under his belt, Kyle is excitedly entering his next era of racing in cars, ultimately climbing the ladder to Formula 1. 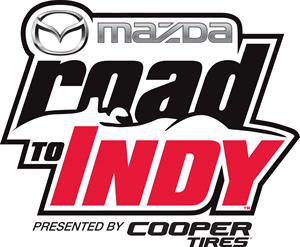 Here to help with all your motorsports needs.